The Cotswold Group Research team assisted Aviva's panel solicitors in this case, carrying out open source research investigations and building a picture of the lifestyle of the subject which was contrary to his claim. 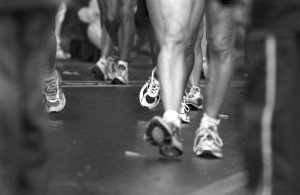 Whiplash fraudster caught when he tweeted about his running prowess

An enthusiastic runner was found to have made a “fundamentally dishonest” insurance claim for personal injury after his Twitter account showed him to be competing in races - and doing remarkably well.

He was supposed to be suffering from neck and back pain so severe that the recovery period was put at nine months.

In fact he was fit enough to come a very credible seventh place out of 2,000 runners in a 10km race.

William Owen, 29, from Preston, claimed to be suffering from neck and back pain after being rear-ended in a low speed traffic accident by an Aviva insured customer in September 2014.

He did not seek medical attention for two months, but when he did go for an exam, he was diagnosed with whiplash and given a nine month prognosis for recovery.

Represented by law firm DAC Beachcroft, the company launched an investigation into Mr Owen, finding tweets showing that he had been working in his manual job weeks after the accident, in addition to running competitively and hiking during the nine month recovery period laid out in his medical report.

Three months after his diagnosis, Mr Owen posted a tweet that showed he had run a 10km race, in which he placed seventh out of a field of 2,000.

Mr Owen’s solicitors dropped his claim when presented with the evidence; Aviva then pursued a “fundamental dishonesty” case, a finding that removes the protection claimants have from paying the other party’s costs.

Liverpool County Court heard the evidence against Mr Owen on June 30. The judge accepted that he had been misleading about the extent of his injuries, finding that they had resolved themselves within four weeks of the accident.

In his ruling, Deputy District Judge Wasim Taskeen said: "The accident was of such a minor nature that it could not have resulted in the personal injuries claimed by Mr Owen....whilst the accident did result in personal injury, such injuries were in no way commensurate with the extent suggested."

The judge concluded that Mr Owen had made a dishonest personal injury claim, and ordered him to pay Aviva’s costs of more than £9,213.

Richard Hiscocks, director of casualty claims at Aviva, said: “This case shows that whiplash claims are still seen as easy money by those willing to ‘have a go’.

“We are determined and increasingly successful at stopping these fraudulent claimants.”

Prior to litigation, Aviva did make payments for the damage to the two cars, amounting to £439 for repairs, £271 for car hire and £145 for "other".