Settlements Revisited If Suspicions Of Fraud Are Proved

The circumstances in which a settlement can be reviewed and set aside on the basis of fraudulent misrepresentation has been revisited by the Supreme Court. 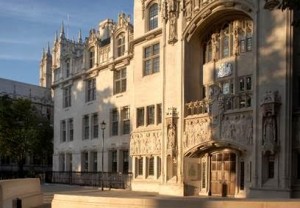 The Supreme Court revisited the question of fraudulent misrepresentation (27th July 2016) and have opened the door for Insurers to challenge previously settled claims.

Mr. Hayward had injured his back through an accident at work and he claimed that the injury sustained caused him pain which in turn restricted his ability to work. Zurich Insurance initially defended and relied on surveillance that showed Hayward undertaking manual work at home. Zurich felt the injuries claimed were exaggerated but the 2 parties agreed a settlement in the sum of £134,973 in full and final settlement.

Some two years later, Hayward’s employers were contacted by a neighbour of his to report that the injuries sustained and the recovery was not as first claimed, including recovery a year before settlement.

Zurich bid to overturn the settlement on the basis of ‘fraudulent misrepresentation’. The settlement was initially set aside and Hayward was awarded damages of just £14,720. He was also ordered to repay the original settlement sum less the new award. Hayward through his legal representatives then appealed to the Court of Appeal.

Haywards’s appeal was successful, the Court stated that the original settlement was binding and that Zurich were unable to recover the balance. Underhill LJ stated that “parties who settle claims with their eyes wide open should not be entitled to revive them only because better evidence comes along later”. Zurich did not accept this decision and were given leave to appeal to the Supreme Court.

Lord Clarke said that Zurich could not have full knowledge of the facts, and that in some cases the insurer could know a representation is false but nevertheless be held to rely upon the misrepresentation as a matter of fact.

Lord Toulson, agreed with Lord Clarke, saying the claimant had achieved his ‘dishonest purpose’ and thereby induced Zurich to act to its detriment by paying almost ten times more.

It now appears that Claimants guilty of exaggerating can be pursued following an agreed settlement if at a later date that Claimant is shown as fraudulent.

It has not been challenged or suggested as to whether new evidence is required, or whether the Claimant being aware of their actions is enough with regard to the deceit at the time of the settlement. However, there is nothing preventing an insurer revisiting settled claims where they may have had suspicions at the time settlement but made either an economic or balanced decision based on the then evidence to hand.

How can The Cotswold Group assist in post settlement investigations?

Our expert desktop research techniques could be utilised post settlement to re-visit the claim circumstances and explore the current lifestyle of the Claimant. This would be achieved through a blend of our Claimant Profiling service and Location Based Social Media Analysis tool.

A full Claimant Profile is recommended in the first instance to build the complete picture of the Claimant, understanding their financial situation, residency and any business interests. This initial insight often assists our Analysts in the searches they conduct via social networking sites. This would be supported by our social media analysis tool, enabling the harvesting of open source data from a specific location. Our Analysts are able to identify and highlight a specific location, in line with investigation objectives, creating a ‘Geo-Fence’ where all social media activity within the area is 'captured'.

Where required we could also carry out discreet surveillance observations to determine a Claimant's current ability or pattern of life post settlement.

To find out more about The Cotswold Group's Post Settlement proposition please email us at enquiries@thecotswoldgroup.co.uk for further details.