With the assistance of The Cotswold Group Claims Validation and Intelligence teams, LV= were able to gather significant evidence to begin proceedings against the Claimant resulting in a prison sentence and savings in excess of £250,000. 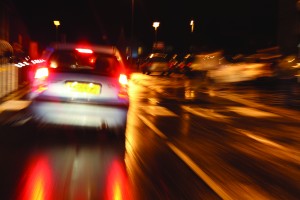 A Wolverhampton based fraudster has been sentenced to twelve months in prison after attempting to claim compensation for a ‘cash for crash’ car accident.

Crash for cash fraud is when one or more individuals involve themselves willingly in a road traffic accident in an attempt to gain financially, often claiming for injuries such as whiplash, with additional pay-outs to compensate for loss of car or lost earnings.

Balraj Singh Thumber, aged 41 and from Wolverhampton, claimed that on 21 January 2011 he was involved in a car accident with Viktor Sivak. Mr Thumber said he was his Audi A4 driving past Mr Sivak’s property when Sivak pulled out in his BMW 320 and crashed into the side of his car.

Mr Sivak was insured by LV= and had the claim been genuine, LV= would have paid out in excess of £250,000. Thumber alleged that he was injured in the accident and was claiming compensation for whiplash and shoulder injuries, as well as for the damage to his car, use of a hire vehicle and legal fees.

The case was investigated by LV=’s claims crime prevention team as there were a number of factors that made it suspicious. The alleged accident happened just two days after the policy was taken out and there was no police involvement. Several different people called LV= claiming to be one of Sivak’s friends to arrange an inspection of the vehicle; yet when LV= tried to arrange an inspection, Sivak would not confirm the location of the vehicle and just gave a mobile number for the inspection engineer to call.

Further investigation revealed that Thumber and Sivak knew each other. Both parties denied this but further investigation revealed that Sivak’s BMW was previously owned by an acquaintance of Thumber, Mr Saman Johwar. When Mr Johwar owned the BMW, he listed Thumber as a named driver on the insurance policy.
Johwar later transferred the BMW to Mr Sivak and used the same credit card to pay for Sivak’s insurance policy. Two days after buying the policy, Sivak alleged he accidently collided with Thumber but had no connection to him before the accident. And when a forensic engineer examined the two vehicles, he concluded that the damage was inconsistent with the alleged circumstances.

After the investigation, LV= turned down the claim on the grounds that the accident had been deliberately staged. At this point, Mr Thumber began proceedings against LV= for not paying his claim and pursued his case right up until the point of the trial starting before asking to withdraw his claim at the last minute. LV= then began proceedings against Mr Thumber for contempt of court and on 15 July, at the Royal Courts of Justice, Mr Thumber was sentenced to twelve months in prison.

According to research from LV=, it is estimated that over 300,000  accidents were staged in the past five years involving thousands of innocent motorists – equating to over 1,000 every week. LV= always investigates suspicious claims to make sure that fraudsters are brought to justice and do not profit from their crime.

In addition to staging accidents, LV= has seen a marked increase in fraudsters exaggerating the circumstances of an accident in an attempt to gain a higher pay out. For example, fraudsters may exaggerate or even invent an injury in order to claim compensation or try to claim for vehicle damage that is unrelated to the accident. One in three (32%) drivers who have been involved in an accident in the past two years say the other party tried to claim compensation for injuries to passengers who weren’t in the vehicle at the time or say the other party exaggerated the circumstances of the accident in order to inflate their claim.

John O’Roarke, Managing Director of LV=, commented: “Every year there are tens of thousands of staged accidents, like this one, which put the safety of innocent motorists at risk. LV= takes a hard line on fraud, investigates all suspicious claims and pushes for the toughest sentences for those who are prosecuted.

“The evidence in this case was overwhelming and as a result Mr Thumber received a custodial sentence. We hope this sends a message to other fraudsters to deter them from committing this type of crime.”