The Cotswold Group were heavily involved in the initial field investigations in this case, leading to the arrest of 26 year old Abdul Qadeer Qadri. 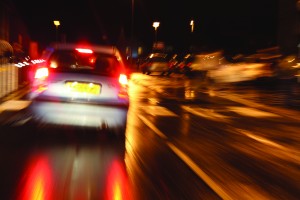 A prolific con man who made up multiple van crashes to make more than £33,000 from fraudulent insurance claims and then went on the run to evade justice has been jailed for three years and five months.

Abdul Qadeer Qadri plotted diagrams of ‘accidents’ in a notebook which was uncovered by detectives from the City of London Police’s Insurance Fraud Enforcement Department (IFED) in the course of their investigation.

The 26-year-old (DOB 05/02/89) from Birmingham took out five motor insurance policies with Aviva, using the details of unwitting friends and family, between 30th June 2011 and 30th July 2012.
Within a month of taking out the policies he reported that the ‘insured’ vehicles had been involved in smashes and put in claims for vehicle repairs, personal injuries and replacement vehicle hire.

Qadri then cashed in the resulting payouts from Aviva at a cheque cashing-in store.

On one occasion a genuine Aviva policy holder driving his Nissan along the Kingsbury Road in Birmingham collided with an Audi in what detectives believe was an induced collision resulting in multiple similar claims and, again, a payout ending up with Qadri.

It was when Aviva realised that the five policies had originally been set up using the same bank account that the insurer enlisted the help of the Insurance Fraud Bureau (IFB), an organisation which acts as a central data hub for the insurance industry to detect and disrupt organised motor fraud, to build a case for referral to IFED.

IFED’s detectives identified the bank account as belonging to Qadri and arrested him at his home on Caldwell Road, Birmingham, in June 2013. On searching his bedroom officers uncovered large amounts of documentation linking him to the fraud including a notebook full of his friends and family members’ personal details and the ‘accident’ diagrams.

Qadri was subsequently charged with seven counts of fraud by false representation but failed to appear at court, instead fleeing to his native Afghanistan. On his return to the UK he was taken to Birmingham Crown Court where he pleaded guilty to the charges and was remanded in February.

Earlier today (9th June 2015), at the same court, Qadri was sentenced to 38 months in prison for the fraud and three months for contempt of court to be served consecutively.

City of London Police Detective Inspector Ollie Little, Deputy Head of the Insurance Fraud Enforcement Department, said: “Qadri went to great lengths to plan and carry out this series of cons, plotting each crash in his notebook and using and abusing his friends and family members’ personal information to gain tens of thousands of pounds.

“But his scam unravelled when his claims were put under the microscope by Aviva, the Insurance Fraud Bureau and Insurance Fraud Enforcement Department and he is now where he belongs, behind bars.”

IFED has made a proceeds of crime application to the court against Qadri in a bid to recoup the money he fraudulently gained from Aviva.

Ben Fletcher, Director of the IFB, said: “This case highlights how the Insurance Fraud Bureau, insurers and the police work closely together to identify suspected fraud by linking a series of apparently unconnected claims to one individual or gang. Ghost accidents like this form part of the ‘crash for cash’ insurance fraud phenomenon which is not a victimless crime, costing the honest policyholder almost £400 million each year, and so the insurance industry makes no apologies for its tough stance on tackling insurance fraud whether it is opportunistic or highly organised. If you are committing fraud the risk of being caught and prosecuted is very real.”

Tom Gardiner, Head of Fraud at Aviva, said: “Aviva identified the motor scam by Abdul Qadri through the early detection of linked bank accounts and prompt liaison with other insurers. We referred the operation to Insurance Fraud Enforcement Department and worked closely with them and the Insurance Fraud Bureau to help us identify cross-industry exposure.

“This sentence sends a clear message to would-be fraudsters: we won't tolerate fraud, and if you do commit fraud it is increasingly likely that you will be caught and prosecuted. Aviva has a team of more than 25 staff dedicated to detecting organised motor claims fraud, and we will work with the market while continuing to invest in the prevention and detection of fraud to protect our customers and keep premiums affordable for innocent motorists."