‘Fraud Intelligence Arena Is In The Best Position It Has Ever Been’ Gareth Mussell, Head of Intelligence at The Cotswold Group 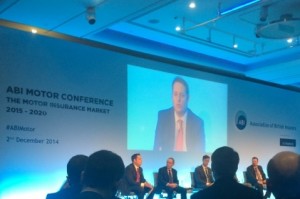 He opened his presentation stating that the ‘fraud intelligence arena is in the best position it has ever been in’, he went on to discuss the power of data held by the Insurance Industry and described how Insurers would see great benefit by integrating their intelligence processes with suppliers.

Gareth said “I was delighted to be asked to take part in such a prestigious event. The intelligence arena is a really exciting place to be at the moment.  This was a great opportunity for me to present my ideas on how we develop our intelligence led approach to the identification and investigation of fraud.”