Video evidence captured by The Cotswold Group led to the dismissal of a £1.5 million grossly exaggerated injury claim on behalf of Aviva Ireland. 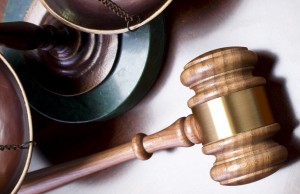 The claim was dismissed by High Court Judge on Friday 11 December 2015, after Jason Platt claimed he had sustained life changing injuries after falling from a third floor window of a Hotel six years ago.

Mr Platt suggested that he was unable to live independently, was housebound and had to use a wheelchair and crutches following the incident at Old Bank House, Kinsale.

The footage captured by our Surveillance Operatives captured Mr Platt walking, driving and shopping all of which were in stark contrast to his claim.

Chris Gloyne Head of Surveillance at The Cotswold Group said "We are delighted that the surveillance operation assisted our client in reaching a successful outcome in this case and remain dedicated to combating fraud within the Insurance industry of the UK and Republic of Ireland".

The outcome of the claim has been publicised on Irish television, to read the full story and view the television report please click here